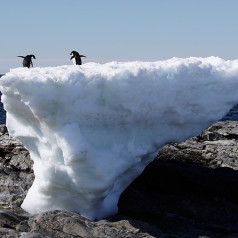 The planet is changing. The seasons are changing every year; spring comes earlier and the summer is getting warmer and winter is unpredictable. As for autumn, in some regions it has become non-existent. In the Mediterranean with warmer climate the butterflies are developing earlier in the year making their flight season to be earlier also. Making them an endangered species. The butterflies by coming out sooner each time could mean that the plants they need to feed on are not totally developed. If the butterflies do not have the plants they cannot feed and they would starve and die. Other implications of them coming out of their cocoon earlier implies that they could encounter frost; causing them to die also. The temperature change will affect these beautiful creatures according to researchers. They studied 200 butterfly species and matched them to data going back to a hundred and thirty years and found that they are very sensitive to the earth temperatures changes causing them to go on their flight season an average of 2,4 days earlier per degree increase.

A decline in their population could have consequences in other animals in the planet altering the food chain.

Early migration has caused a population decrease and causing butterfly species to be extinct. They are very important in the pollination of plants -this causes to have fewer plants and less nectar- in the long run this will cause draught and affect other animals that depend on the feeding on nectar.

Climate change has some positive consequences on butterflies; as the warmer temperature is beneficial for many social activities such as flight, eating, mud pudding, migration and others. Early blooming of food plants and advance leafing of egg laying plants is beneficial for early arrival of butterflies. But these short-term benefits might turn damaging for the survival of butterflies or their descendants in the long run.

How to find us
Questionnaire